MUSIC TO MY EARS

If live music’s your jam, there’s a hot first half of the year coming at you strong. At the O2 Academy Oxford, we can’t wait to see indie heroes The Fratellis on 19 March — we’ll be up front, screaming Chelsea Dagger like it’s going out of fashion. Then it’s all eyes for Jake Bugg (pictured), also at O2 Academy Oxford, on 3 April.

Just ten days after that, on 13 April, you can catch The Vaccines when they play at Aylesbury Waterside Theatre. Bet they’re chuffed their name is suddenly so relevant, eh?

Then, looking towards early summer, My Chemical Romance will be playing in Milton Keynes at Stadium MK, 19-22 May, followed by Imagine Dragons on 18 June. The 2012 teens really are living again…

If you’re after something a little higher of brow, be sure not to miss the Oxford Harmonic Choir’s concert devoted to Mozart at the Oxford Town Hall on 25 June, which promises serenely beautiful arrangements. Sometimes, you really can’t beat classical.

At the beginning of July, Waddesdon Manor turns full music venue, starting with An Evening with Michael Bublé on 2 July, then slam-dunking it with a concert (OMG!) from McFly on 3 July. If that wasn’t enough for you, 80s legends Tears for Fears will be taking the stage on 5 July. What a week!

Would you care for some art, Madame? We’re eager for the Ashmolean in Oxford’s exhibition on Pisarro: Father of Impressionism, which runs from 18 Feb – 12 June. This will honour Camille Pisarro, early impressionist and one of the most celebrated artists of nineteenth-century France, credited as influencing both Monet and Cézanne.

You also won’t want to miss the exciting new Modern Art Oxford online exhibition branch, available from 10 Feb – 13 March. Before you lose interest at the word ‘online’ (we see you!), this is shaping up to be really something: combining game design, interactive storytelling, speculative fiction, and citizen science, branch will experiment with the future in a properly cool and engaging way.

Then, still at the Modern Art Oxford, it’s time for a major solo exhibition by artist Jesse Darling: No Medals No Ribbons, running 5 March – 1 May. This explores the fundamental vulnerabilities and contradictions of the social and constructed body — be it human or governmental.

Up at the MK Gallery, there’s an exhibition on Ingrid Pollard: Carbon Slowly Turning from 12 March – 5 June. This is a major collection of Pollard’s works so far, which span photography, printmaking, drawing and installation, and interrogate social constructs such as Britishness, race, sexuality, and identity.

Meanwhile, Waddesdon Manor is shining a spotlight on its most famous Gainsborough painting this spring (specific dates TBC) with a special display dedicated to The Pink Boy in its newly restored state.

Then, from 7-29 May it’s already time again for Oxfordshire Artweeks festival. The UK’s biggest artist open studios & pop-up exhibition event, you can expect a wide range of creativity on display across pop-up galleries and shops, gardens, community centres and other venues.

For Bucks Art Weeks you’ll have to wait until 11-26 June, but it’s definitely worth waiting for. Last year involved over 600 artists and makers across 200 venues, so a staggering amount of stuff on show (and on sale) all across the county. Handily broken down into manageable trails, it promises great things.

If you’re itching for a history fix, Blenheim Palace has a new exhibition entitled Battlefields and Baroque, from Feb-May, which tells the story of the 1st Duke of Marlborough. A courageous leader in battle, briefly imprisoned in the Tower of London, the Duke was gifted Blenheim Palace by the Queen and married his wife purely for love. (HBO adaptation, when?) This exhibition will also include costumes from the film The Favourite, which starred the brilliant Olivia Coleman.

Over at the Chiltern Open Air Museum, there’s a Living History Festival on 9-10 April. Created in partnership with YouTube and TikTok sensation Living History UK, this will tell the story of 200 years of British soldiers, with plenty to immerse yourself in.

ALL THE WORLD’S A STAGE

Up at the Milton Keynes Theatre, the Jersey Boys will be crooning about late December, back in ’63 from 23 Feb – 5 March. Then from 8-12 March it’s all tangos in cell blocks with Chicago (dubbed ‘the sexiest musical ever’, if you need to sell it to a spouse). And we’re extra excited to hear the people sing with Les Misérables, still at the MK Theatre, running from 26 April – 21 May.

From 17-21 May, the Wycombe Swan has bagged a real treat with The Curious Incident of the Dog in the Night-Time, the Olivier and Tony Award-winning adaptation of Mark Haddon’s novel. If you haven’t seen it, it’s really worth going.

The 2022 season at Garsington Opera, near Watlington, lasting 1 June – 31 July is also set to be brilliant. We particularly can’t wait for The Turn of the Screw, 2-18 July. Bring on summer!

Can’t wait until these? See our ideas for things to do now. 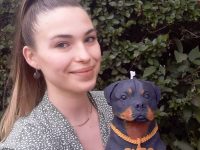 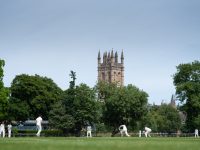 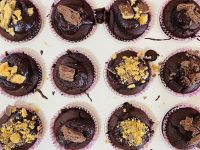 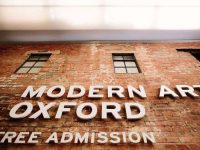 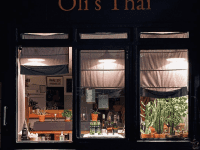 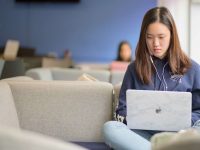 ©2022 Grid24 Limited t/a The Secret Supper Society. All Rights Reserved. Site designed by StartupsUK a division of Grid24 Ltd.
Back To Top
Search