MUDDY’S PICK OF THE MONTH

Pablo Picasso, Still Life with Glass under a Lamp, 1962

It’s not often that a Picasso pops up in the middle of Aylesbury, but at this new exhibition at the revamped Discover Bucks Museum you can see just that in PICASSO & the Masters of Print. On special loan, there are seven amazing Picasso prints on display as well as works from influential European printmakers ranging from Rembrandt and Dürer to David Hockney – just the tip of the five-centuries-of-printmaking iceberg celebrated here.

Who needs the West End when there’s so much phenomenal theatre popping up in our ‘hood this month?! Up first is the smash-hit musical by Queen and Ben Elton, We Will Rock You, at Aylesbury Waterside Theatre from 2-7 May. Check out five reasons you’ll want to catch it here.

Also on at AWT – though a bit of a tone change – is gothic masterpiece Dr Jekyll & Mr Hyde at the Norman Bragg Studio from 3-7 May, potentially great for forcing some education upon the kids. And thenfrom 10-14 May, there’ll be all kinds of tapping and shaking with a production of Footloose – you will, of course, be intimately familiar with the 1980s film sensation it’s based on, though the musical comes boasting some sizzling modern choreography.

From 4-14 May, the best Jane Austen novel (I’ll die on this hill!) Persuasion has been adapted into a modern play at Oxford Playhouse, with textbook Austen wit but a firmly contemporary style. Basically: fewer bonnets, more bikinis and thumping bass.

Over at the Chiltern Open Air Museum, there are two open air theatre performances taking place on 14-15 May: The Wind in the Willows and The Importance of Being Earnest. Check the weather and pack accordingly, as the shows go ahead come rain or shine!

Elsewhere, the Wycombe Swan has bagged a real treat with The Curious Incident of the Dog in the Night-Time, the Olivier and Tony Award-winning adaptation of Mark Haddon’s novel. If you haven’t seen it, it’s really worth going (17-21 May)

In the mood for a proper, hands-in-the-air, belt-it-out concert? Look no further: My Chemical Romance will be playing in Milton Keynes at Stadium MK, 19-22 May.

Milton Keynes Theatre also has a cracking good line-up this month. Firstly, the unmissable Les Miserables is still running until 21 May. Following closely in its footsteps is Northern Ballet’s The Great Gatsby, 24-28 May, a downright decadent adaptation featuring Chanel-inspired costumes. The cinematic score is by Sir Richard Rodney Bennett CBE, AKA the man behind Four Weddings and a Funeral and Murder on the Orient Express. Then, at the end of the month, there’s a staging of the play Cluedo from 30 May – 4 June, based on the classic detective board game. It’s set to be chock-a-block with nostalgia and mystery.

From 25-29 May, the musical Fantastically Great Women Who Changed The World is on at The Oxford Playhouse. Adapted from a book by Kate Pankhurst (descendent of Emmeline!), and from the producer of the wildly successful Six, this is a family pop-musical that highlights — yep, you guessed it — famous women, from Rosa Parks to Marie Curie.

On 30-31 May, Britain’s Got Talent dance legends Diversity are coming to the New Theatre Oxford with a dance show that centres around the world of social media, the internet, and how we connect in the digital era. Expect some truly show-stopping routines, light arrangements, and physical storytelling.

Reader, get yourself down to Blackwell’s bookshop in Oxford on 5 May! In celebration of father/daughter baking aficionados’ Kitty and Al Tait and their new cookbook, Breadsong, it’s an evening all about The Orange Bakery. Want a peak at some of the goodies inside the new book? Check out a recipe for caramelised banana bread here.

For something a little bit different, try Blenheim Palace‘s Poetic Breakfast, where new resident poet Hussain Manawer will be performing live extracts from his debut poetry collection Life is Sad and Beautiful on 11 May, alongside pastries and hot drinks. The best way to enjoy poetry, natch.

Looking for something Bucks-based? You’re in luck as there’s another poetry and food event on at the MK Gallery a few days later, on 14 May: poet Nick Makoha is running a poetry writing workshop with pizza, focusing on the immigrant divide between homeland and new home.

Still hungry? How about a five-course dinner with a celebrated Italian winemaker? Don’t mind if I do! Waddesdon Manor is putting on its Italian Feast with Frescobaldi on 28 May, featuring wine sampling, a gorgeous seasonal menu, and (one can only assume!) a whole lot of well-fed, drunken laughter.

Or over in Marlow, Feast over Flame (also popping up at Henley Regatta later this year) is hosting a secret riverside location supper club running throughout May including a boat transfer and five-course lunch (asparagus, scallops, steak, king prawn and s’mores… say n’mores) cooked over flames.

Another sprightly spring supper club for you this month is The Allium at Manor Farm, Buckingham, which has six-course taster evenings on both 28 and 29 May.

Okay, this is cute. This month the Sarah Wiseman Gallery in Oxford has a solo exhibition entitled The Dog Show on from 7-28 May, an entirely charming collection of drawings by the award-winning children’s author and illustrator Catherine Rayner.

In fact, it’s an especially arty month in Oxfordshire, thanks to Oxfordshire Artweeks taking place 7-29 May. The UK’s biggest artist open studios & pop-up exhibition event, this festival puts up cutting-edge art across hundreds of local venues, making use of a wide range of creativity across pop-up galleries and shops, gardens, community centres and more. Go on, have a nosy.

Rather charmingly, from 12-14 May the annual Young Art Oxford art competition winners will be on display at the Ashmolean, in aid of Great Ormond Street Hospital – you can donate here.

Then, on 20 May, you can watch the artist Lesley Asare at the MK Gallery create large-scale drawings entirely from the movement of her body, in a combination of dance and paint. This is followed by a workshop on how to paint in the same way yourself, on 21 May.

Starting at the end of the month, Waddesdon’s much-loved Colourscape returns from 28 May – 5 June. If you haven’t been before, this creates a labyrinth of space, music, and colour out of 56 interconnected chambers at the Aviary Glade – quite trippy, loads of fun and total IG fodder.

Also starting 28 May is Ruth Asawa: Citizen of the Universe at the Modern Art Oxford, all about the visionary American artist, educator and activist Ruth Asawa, who specialised in signature hanging sculptures in looped and tied wire.

All this creativity making you want to get stuck in yourself? The MK Gallery has a workshop on Watercolour Pigment Making on 7 May, followed by one on 14 May all about Cyanotypes. (This is a traditional form of light exposure photography that doesn’t require a camera – you might have done it in Physics, back in the day).

Don your festive flowers and dig out the May pole – it’s May Day! No surprise the Chiltern Open Air Museum is going full heritage in its traditional Elizabethan May Day celebration over the bank holiday weekend, 1-2 May. You can also go in for a bit of May Pole dancing on 7-8 May. I mean, why not?

While we’re talking COAM, you can also enjoy some good, old-fashioned Roman Gladiators (just, you know, without the real death) there on 28-29 May. Costumed re-enactors, combat displays, sprays of fake blood… you’ve gotta admit, it sounds like a laugh.

Over at the Milton Keynes Museum, there’s a full-blown History Festival on 7-8 May, a party with the strangest guest list you ever did hear. Vikings, Romans, 12th century merchants, and WW2 land girls are just some of the characters set to make an appearance.

If you’re more interested in buying gorgeous bits of history, then the Henley Decor Fair on 26-29 May is the place for you. One of the most brilliant interiors fairs in the UK, it’s a one-stop shop for antique and vintage finds (for the inside line on my must-visit stalls click here).

Boots on! Over in Milton Keynes, The Parks Trust Walking Festival is taking place 13-15 May. You can challenge yourself to a 25 mile walk on 14 May that explores how the city is connected by a series of beautiful outdoor spaces (or opt for the 12.5 mile walk instead). Oh, and sign us up for the Family Bat Walk, 13 May at 8.45pm, suitable for ages 8+.

But don’t spend all your energy walking, as on 15 May there’s the Blenheim Palace 7k Fun Run, this year celebrating the 25th anniversary of the publication of the first Harry Potter book by passing the palace’s ‘Harry Potter’ tree.

It’s all go, go, go this month, as this is swiftly followed by Waddesdon Manor‘s Race for Life on 18 May – 5k through pretty grounds, all in the name of charity, and mixed up this year with a new route.

Laughing in the face of running 5k? You’ll want the Blenheim Palace Triathlon instead, also this month, on 28-29 May.

Or how about a snoop through the gardens of people with more money and greener fingers than you? Scannappeal is holding a series of Open Gardens across Buckinghamshire for charity until June 26. All privately owned manors and imposing farmhouses, subjects vary from neat kitchen gardens to showy formal rose displays. There will also be live music, plant sales, and a cake stall. Locations taking part in the scheme include Bledlow Manor, the private gardens of Lord Carrington near Princes Risborough (20 May) and the swanky Penn House near Amersham (22 May).

The Young Photographer 2022 open call for Milton Keynes kids to submit a photo continues. In order to get that creativity tingling, the MK Gallery has a series of photography workshops for ages 4-19. First up is Anything Goes on 7 May, looking at filters, frames and fantastical photos. A bit later on is a Digital Photography workshop on 28 May, and the workshops extend into June (though that’s a subject for next month…).

Family trip to the theatre, anyone? David Walliams’ Gangsta Granny is coming to the New Theatre Oxford from 11-14 May, an ultra-popular story from the producers of Horrible Histories.

Parking up at stunning historic estate Stonor Park in Henley is the Supercars & Classics Weekend – over 500 incredible motors (what do you think of the new Muddymobile above? Pretty impressive, right?!) as well as street food and fun for all the family – it’s not just for petrol heads, promise (21 – 22 May).

Once we hit May half term, you’ll want to hot-foot it over to Waddesdon Manor for its special family activities on offer 28 May – 5 June: a new animal adventure trail, the Colourscape installation, and special seasonal picnics.

On 17 May, panel-show-staple and star of The Mash Report Nish Kumar is coming to the New Theatre Oxford for a night of witty, silly political gags. You can also catch Jack Dee (“Off the Telly” is the show name, and a helpful description of the man) at the same theatre on 20 May.

Over at Aylesbury Waterside Theatre, you’re guaranteed a laugh with Showstopper! The Improvised Musical on 19 May, a celebrated Edinburgh Fringe alumna and fond, funny send-up of the musical genre.

Since 2010, Aylesbury‘s Midnight Walks have raised over £650,000 for local hospices, walking five or ten miles with glowing lights to show the way. After a two year hiatus, this year will officially mark the last ever Midnight Walk on 16 July – make sure you grab a spot, it’s such a lovely concept.

The post Yes you May! What’s on locally this month appeared first on Bucks & Oxon. 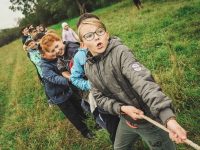 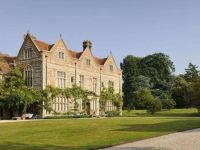 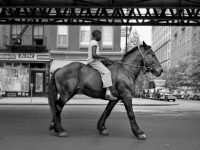 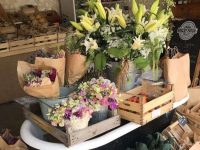 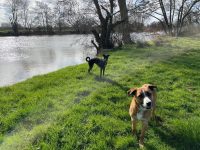 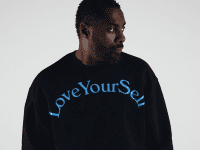 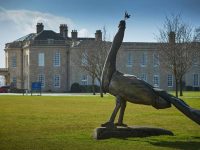 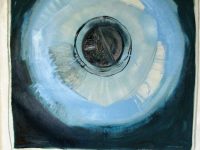