Done the sprawling grounds of Waddesdon, Blenheim and the like? If you want take things down a notch, it’s the perfect time to head to some of the more under-the-radar gardens in our ‘hood. Our pick is Rousham Gardens, near Bicester, which lets in neither dogs nor children under 15 — and so is utterly peaceful — and was named by Monty Don (AKA the God of gardening) the “very best of English gardens”. Commissioned in the early 18th century, it remains almost as its designer William Kent (1685-1748) left it, and is a sight to behold even on a cloudy day. There’s no café on-site, though you’re welcome to picnic, but we recommend heading to the nearby Yurt restaurant at Nicholsons for chic, elevated food, and likely to be a little less busy than normal, with its usual clientele gracing the bistros of the Med at this time of year…

Another peaceful spot is Waterperry, near Wheatley, with its eight acres of landscaped gardens including the pretty Formal Garden (above), a silent space with benches, statues and a heady scent of summer blooms.

What are you up to next Wednesday? Because we’ve got a real gem for you… Broughton Grange near Chipping Norton was created when acclaimed landscape designer Tom Stuart-Smith was commissioned to transform a six-acre field into a walled garden. It’s all quiet nooks and crannies as well as a vast woodland and arboretum, knot garden, fountains, orchard and more plus a nursery if you’re feeling inspired to take some of the magic home. Only open on Weds, May-Sept.

If you’re in Bucks, Chenies Manor is an absolute peach and a little quieter than the big hitters in the county like Stowe and Wycombe Park. There’s plenty of places to hide among its lavish borders, pretty veg patch or even in the two mazes if you want to hide away – and in late summer, the dahlias are gobsmackingly gorgeous.

At Grey’s Court, the National Trust pile near Henley, they’re allll about the mellow this summer. There’s the ongoing series of monthly Silent Woodland Walks – a phone-free and quiet meditative walk through the peaceful woodland at Greys Court with guide Deborah Lewis. Also, on Sundays between 10am and 11.30am, the Archbishop’s Maze becomes a silent space. Adults and kids alike are encouraged to take a beat and listen and look around them for a moment. Also check out the website for the Relax Kids days – mindfulness sessions including games, stretching and breathing exercises. Dreamy.

Got the gardening bug? Here’s 10 gorgeous summer gardens to visit.

Haven’t yet managed to nab a table at Oxon’s answer to Petersham Nurseries? Well, now’s the time to try your luck at Worton Organic Gardens, a seven-acre market garden just northwest of Oxford that was a 2021 Muddy Award Finalist for best farmshop, but which also has rustic and relaxed alfresco dining in a gorgeous setting, or a heated greenhouse if it’s chilly. There’s only a handful of tables and diners choose from a weekly changing seasonal menu, much of it gathered from the land around you. In the farm shop pick up veg, fruit and meat (we love the homebred chorizo) as well as homemade kimchi, flowers, and foodie gifts like chocolate and preserves.

It’s not nouveau by any stretch, but the no-car Barn Cafe at Turville Heath is an absolute gem and quiet midweek at this time of year. Expect the odd cyclist and perhaps some clientele arriving on horseback, but otherwise you’ll get your pick of logs or benches to sit at while you enjoy the homecooked burgers, falafel, or now, pizza!

With the students deserting the city, this is the time to head to Isis Farmhouse, a riverside pub in Iffley with a big garden, live music and low key food. You can’t get there by road and the tourists don’t know it so go mid week and you’ll find it as quiet as it gets.

If it’s something more snazzy you’re after, but without the bunfight, then August is a good bet to bag a table at some of the counties’ more celebrated eateries. We’re lucky to have a clutch of award-winning restaurants in the area including our Muddy Award 2022 best restaurant, Pluma, in Amersham (above), the impossible-to-book Oxford tapas joint, Arbequina (reopening 11 Aug), plus for the starry-eyed among you there’s Marlow’s Hand & Flowers and Amersham’s Artichoke, both with availability in the coming weeks. Then there’s the rising stars, like Muddy fave, Beaconsfield’s The Greyhound, and The Mash Inn at Radnage. Grab a table while you can – and in relative peace if you opt for a midweek lunch slot (also when you get the most reasonably priced menus).

The rooftop of Oxford’s Westgate is positively dreamy if you get there first thing for breakfast (well, ok, by 10am then…). Top choice for us has to be The Breakfast Club (earlybirds can get there from 8am, even on weekends). The hangover fave, pancake stacks, is always a winner, as well as French toast and cornflake buttermilk chicken – yes really. But did you know that The Alchemist also serves breakkie and brunch – roast squash hash or wings ‘n waffles anyone? You could even pop in to see a movie at Curzon, where the early screenings start at 11.45am and are always the quietest (rustling popcorn aside).

Rain stopped play? How about a museum retreat? There’s no better time to catch a big show at The Ashmolean than when everyone else is on holiday. Ticket availability for The Pre Raphaelites is currently looking wiiiide open with a pick of dates over the rest of July and August. It was sold out during its limited run last year so is back and now’s the time to go. Head to the Ashmoleon’s glassy rooftop restaurant, below, for a coffee or spritzer pre or post exhibition to get above the madness of the hordes of language students. It’s a serene outside space and does a cracking afternoon tea that’s worth booking in advance.

For uninterrupted views and thinking space, get your energy up to walk the steps up several floors of the Sheldonian Theatre. It will set you back a princely £4 to access the theatre and the cupola at the top (that’s a dome to you and me) but boy it’s worth it. Get there at 10am to avoid the queues and enjoy the view all to yourself. There’s also another inspiring view a five minute stroll around the corner to the Saxon Tower of St Michael at the North Gate, one of the oldest buildings in Oxford. It’s £3.50 to tackle the 97 steps, and en route you’ll find all kind of historical curios, including the door of Archbishop Cranmer’s prison cell from Bocardo Prison. You can also take a moment of quiet time in the church itself – a far cry from the bustle of Cornmarket outside.

Oxford lover? Have a read of our latest city guide and let us know if we’ve missed off your fave spot.

Or rather, downward dog, child pose or just ommm your way through a paddleboard Yoga Class with The SUP Life and Muddy Award 2022 winners, Grace & Gravity, Wednesday evenings at Streatley (or stick to dry land, also with Grace & Gravity, at their stunning riverside studio at The Swan in Streatley).

If you want a challenge but not the adrenalin sort, it’s a mellow six-hour paddle (with the flow) from Benson to Abingdon on one of AV Boat’s kayaks or four-person canoes (he’ll even get up early if you ask nicely for a sunrise hire), or let the (almost silent) electric engine do the work with boat hire from Wallingford or Henley (check out our rivers and lakes feature for more local inspo if it’s a mellow time on the water you’re after).

Of course, there’s no shortage of scenic, stretching and sublime walks in Bucks and Oxon, but we’ve got to know some of the gems that don’t come with busy car parks and ladened rubbish bins, which kinda takes the edge off the bucolic day out, doesn’t it?

Tylers Hill and Ley Hill near Chesham is a winning for Bucks-based walkers and the route finishes along the river Chess, as well as passing through the little villages of Tylers Hill and Ley Hill and Cowcroft Wood nature reserve. Just over the border in Herts, Ashridge Estate is a dazzling 3,000 acre site with ancient trees, rolling chalk downlands, and lush meadows. The Ivinghoe Hills butterfly walk is a three-hour loop route, famous for its butterfly habitats. Refuel with a coffee or scone from the Brownlow Café afterwards.

Shotover Country Park is a hidden gem and unbelievably it’s just minute’s drive from Oxford city centre. The woodland has a magical feel to it (and a murky history of highwaymen) with springs, ponds and bracken, just don’t expect to take a clean pair of shoes home with you unless this dry spell endures. It’s open all year and free to park. There are three marked trails around the park, all starting in Mary Sadler’s Field near the car park and around 2km, 2.5km and 5km long.

Love the Chilterns? Check out our guide to its hidden gems and quiet days out with the kids.

The post Hate summer swelter? Here’s how to dodge the crowds appeared first on Bucks & Oxon. 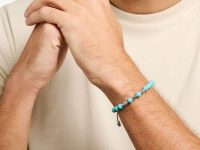 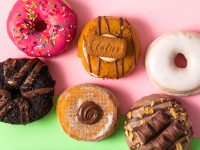 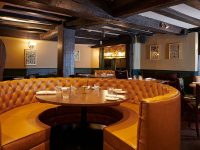 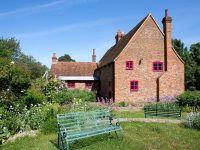 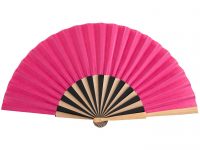 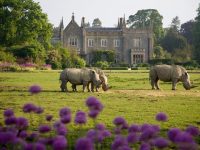 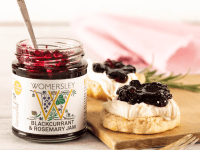 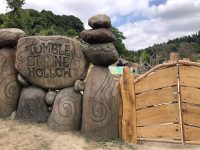